Aberglasney’s garden only began in 1999 when Graham Rankin, gardener and director of operations took over the restoration of this forgotten garden. Once the diggers and archaeologists had departed he was able to get to work.  It’s not a big garden and it is still a work-in-progress, but there is enough now to interest plantsmen to pay a visit. During Easter 2012 we stayed in one of the holiday cottages on the site, appropriately named Gardener’s Cottage, located in a quiet part of the gardens close to the Sunken Garden and its water feature. As we had free access to the grounds it meant we could wander through them at any time, including after closing time. As this was an early and cold Easter, there wasn’t a great deal  flowering in the garden, though what was on show was interesting. I would like to visit again in summer when the perennials will be flowering and the beds filled with colour.

In contrast to many of the gardens I visit, Aberglasney has both more formal and natural landscaping areas, several dictated by the structures that were excavated, and you have a huge sense of history and romance. Situated on a ridge between two hills and overlooking the Tywi Valley, an area of great historical interest, it is a place to slow down and relax in, to contemplate and view the rolling Welsh countryside which is almost a part of the gardens.  The mansion, the terraces, the cloister range and the parapet walls were all in a state of decay and hidden beneath years of overgrown vegetation before the restoration.  Now it is a testament to the hard work, skill and dedication undertaken.

The mansion is believed to be sited where once stood a medieval building, and a poem by 15th century Welsh bard Lewis Glyn Cothi  wrote an ode to Rhydderch (an early owner of the building) describing his home:

He has a proud hall, a fortress made
bright with whitewash,
and encompassing it all around
nine green gardens.
Orchard trees and crooked vines,
young oaks reach up to the sky.

There may not be nine distinct gardens today, but there is plenty to satisfy the visitor to this remarkable garden. Almost lost to us.

(click on a photograph to join me in enjoying this garden)

Sunset behind the cottages 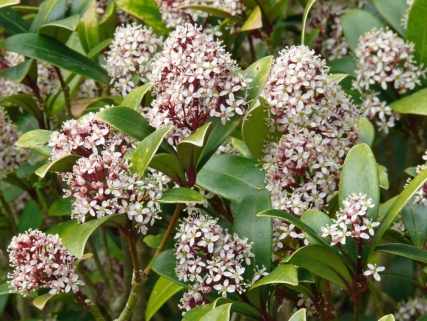 Tree Ferns below the bridge 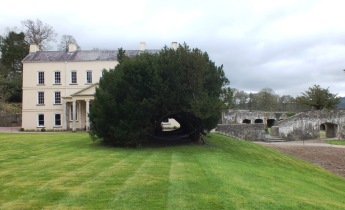 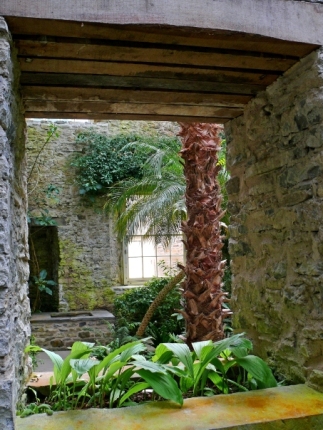 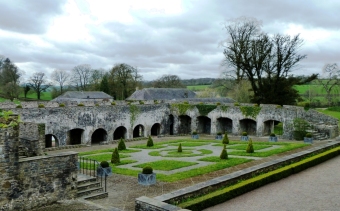 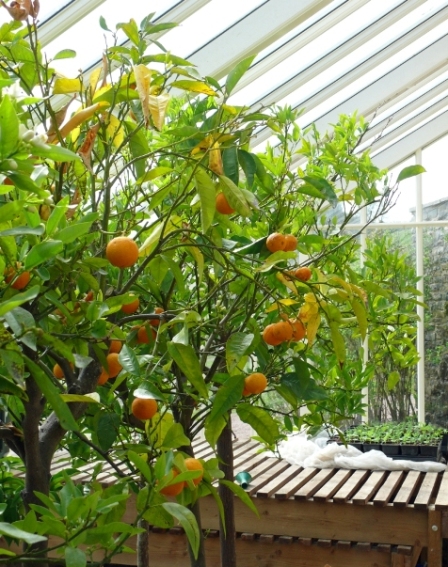 oranges in the glasshouse 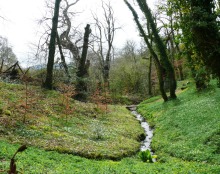 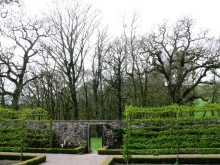 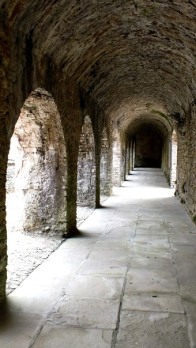 4 thoughts on “Aberglasney: A Garden Lost in Time”