Glamis Castle lies in Angus, Scotland and is probably best known as the childhood home of the Queen Mother (Lady Elizabeth Bowes Lyon). At the age of four her father inherited the Earldom of Strathmore and Kinghorne and with it Glamis Castle and the family spent some of their time there.

It is the setting for Shakespeare’s Macbeth and is referred to several times in the play: – “Glamis thou art” “and yet woulds’t wrongly win: thou’dst have great Glamis”. It is widely believed that Duncan was murdered here by Macbeth.

Today it looks more like a French Chateau having been extensively renovated in the 17th and 18th centuries. 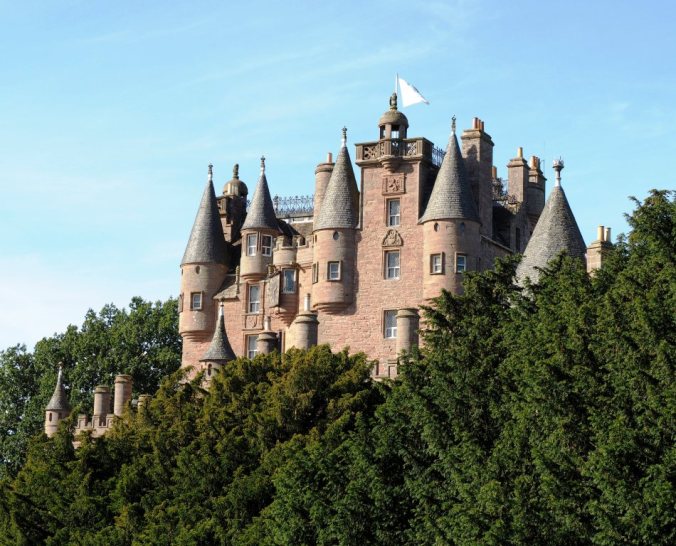 The walled garden is reached via a short walk through the estate alongside the Nature Trail and Pinetum.

Once used as a fruit and vegetable garden for the castle it fell into disrepair and only recently has major redevelopment work started, including the installation of a spectacular fountain.

Even in late September the garden was full of colour. Roses were still blooming. 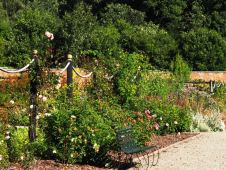 The wide gravel pathways radiate from the centre of the garden with deep herbaceous borders on either side. Sedums, monarda, heleniums, echinacea, rudbeckia and asters were dominant. 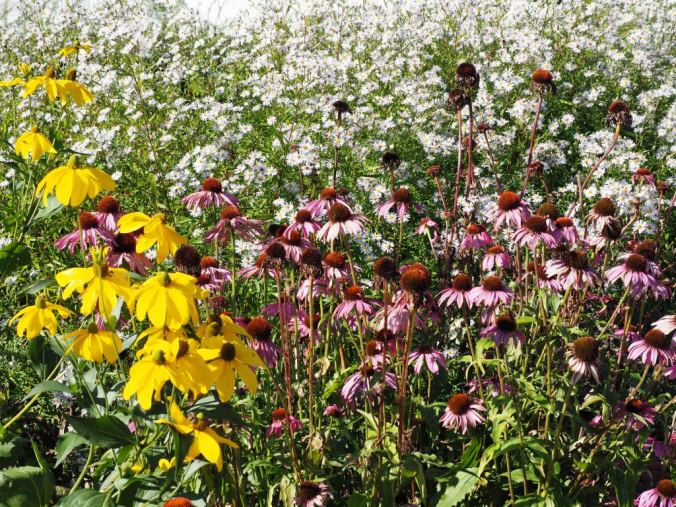 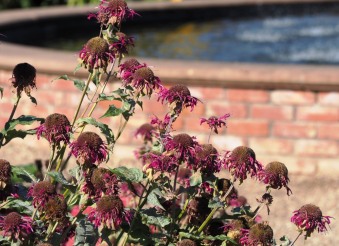 Trellises and pergolas were still covered in flowering roses and clematis and more dramatic colour can be seen in the brightly painted Japanese bridge and the vivid red door in the wall. 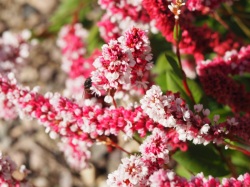 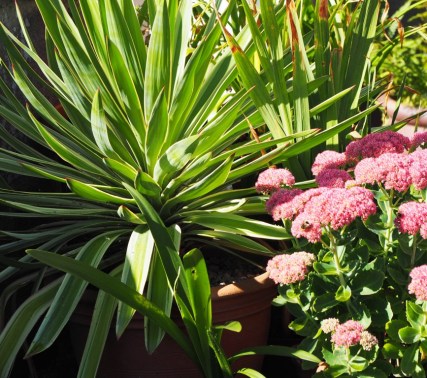 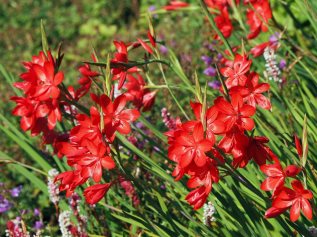 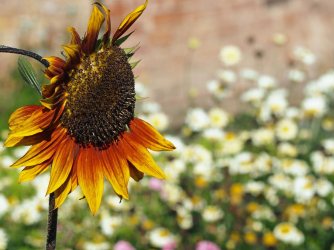 Naturally I was drawn to the lean-to Victorian style glasshouses, which appear to still require a lot of work. However, the dilapidation has a charm of its own. 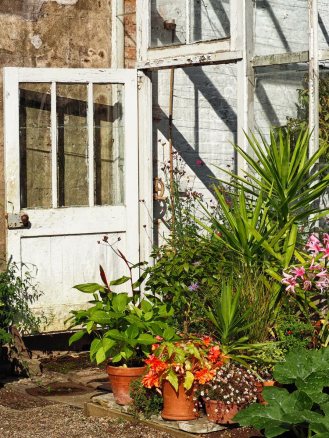 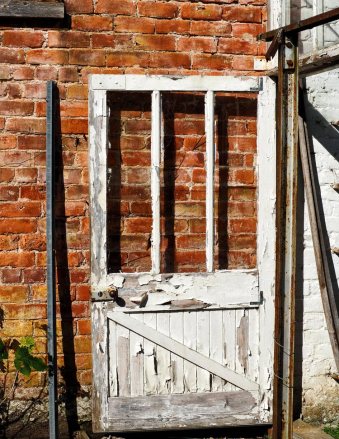 Next time we’ll have a wander around the Italian Garden.

IF YOU ENJOY A WALK, LONG OR SHORT, THEN HAVE A LOOK AT JO’S SITE WHERE YOU ARE WELCOME TO JOIN IN WITH HER MONDAY WALKS.