Barrington Court  gardens were laid out in the 1920’s by the Lyles to a structured design influenced by Gertrude Jekyll and the Arts and Crafts movement – especially evident in the graceful Lily Garden.  (click on the link to visit my previous post) 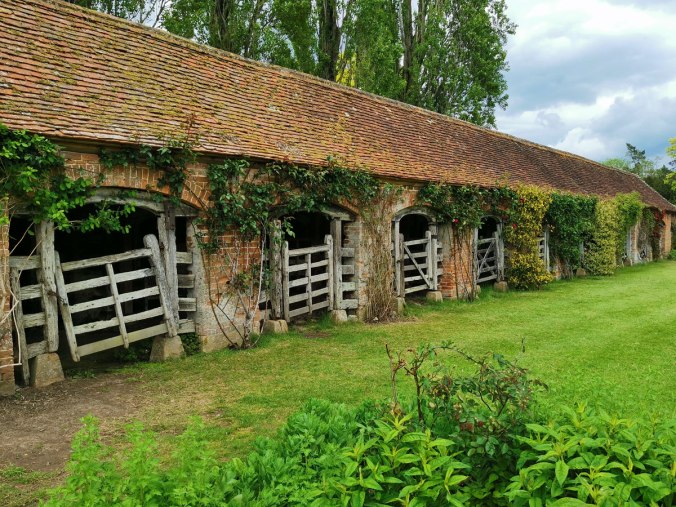 My second visit to this garden was at the end of the very cold and wet May this year (2021) and it looked very different to my visit in early June 2009 when the garden was full of late spring and early summer flowers, including many roses, peonies and oriental poppies. Lockdown has caused a lot of havoc to our lives including the National Trust gardens which rely on a lot of volunteers to keep the grounds looking good. The house and the restaurant were also closed. Being late afternoon the grounds were very quiet, which I like. Not much has changed apart from the opening of some artisan workshops housed in old farm buildings. 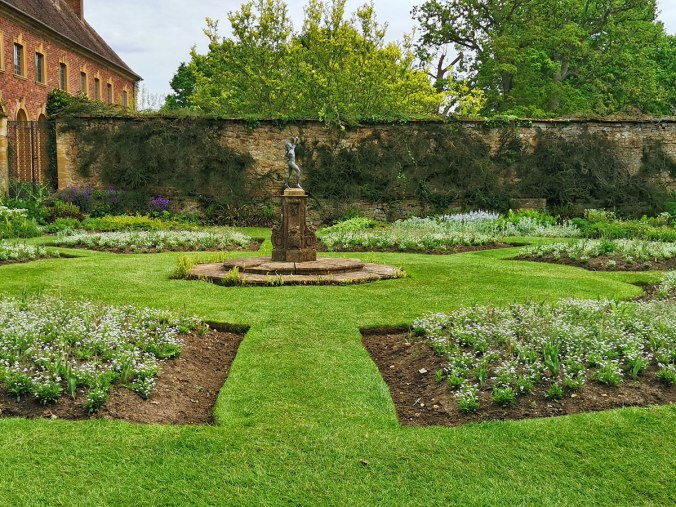 The White Garden with a Dancing Faun statue

The garden is divided into several sections with the ubiquitous white garden, which was not looking its best, partly to do with the lack of staff over the past 15 months and partly to do with the cold and wet spring. I’m sure it would have been better during the summer when the roses and lilies were in full bloom.

Weathered Pergolas support wisteria, clematis and honeysuckles and I love the silvery grey oak wood frames around the doorways in the walls.

Lion statue outside the workshops 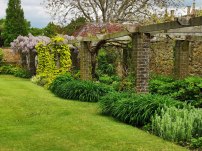 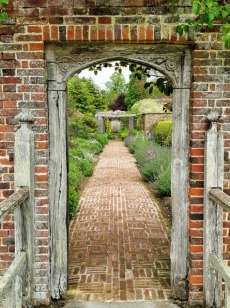 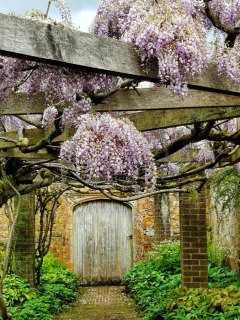 Wisteria on the Pergola

There are still roses climbing around the pretty Buss-stalls

I also find the various patterned brick paths delightful  – they might inspire some of us at home if we have a spare pile of bricks! (I unfortunately don’t) 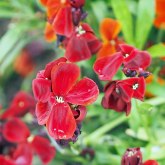 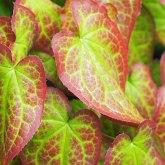 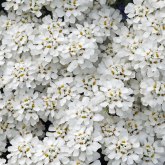 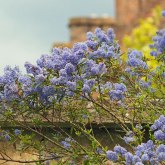 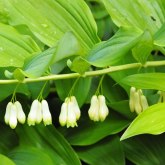 There is a central pool garden with surrounding beds of annuals, pansies being the flower of choice with Azaleas and Ceanothus shrubs providing colour on the mellow brick walls. William Strode built the new stables and coach house adjacent to the Court House. The building was originally an open U-shape and has the date 1674 in the brickwork. It now houses a lovely restaurant, unfortunately closed.

The large walled kitchen garden was much more colourful that I remembered with wallflowers and Aubrieta lining the main pathway to the lily pond and the statues.

Lead statue of a centurion, on stone plinth

On this visit we were not able to get a leaflet about the garden, nor were there many signs around to give you some idea of what you were looking at. Hopefully once things are back to normal this will improve. 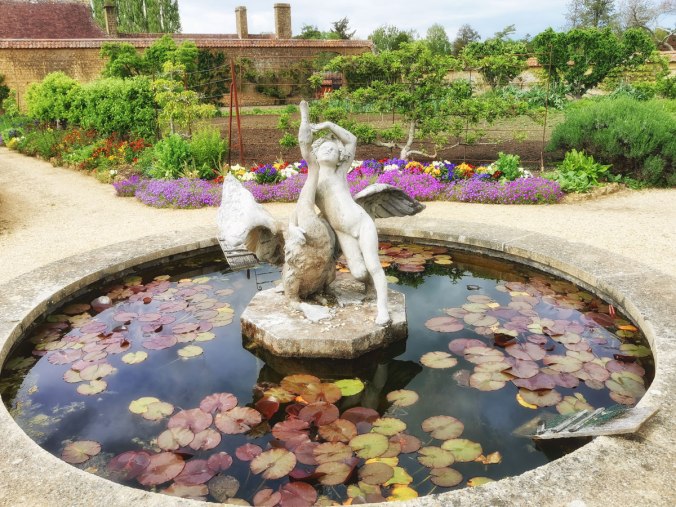 Lead fountain in the form of a boy and a swan.

If you are in the area (north of Ilminster, Somerset) then it is worth a visit to these gardens although many people have expressed disappointment with the house and restaurant being closed and the gardens not being in their former pristine condition.

There is no doubt in my mind that the gardens and parklands that the NT look after are of huge importance in a time when we’re most in need of recovery. Unfortunately Covid-19 has affected all of us and I think we should all be more tolerant and less judgmental and appreciate all the effort that goes into protecting and preserving these historic places. Rant over…