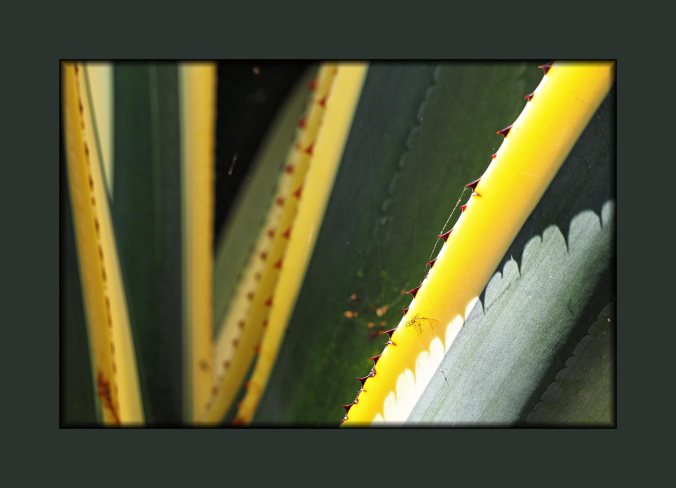 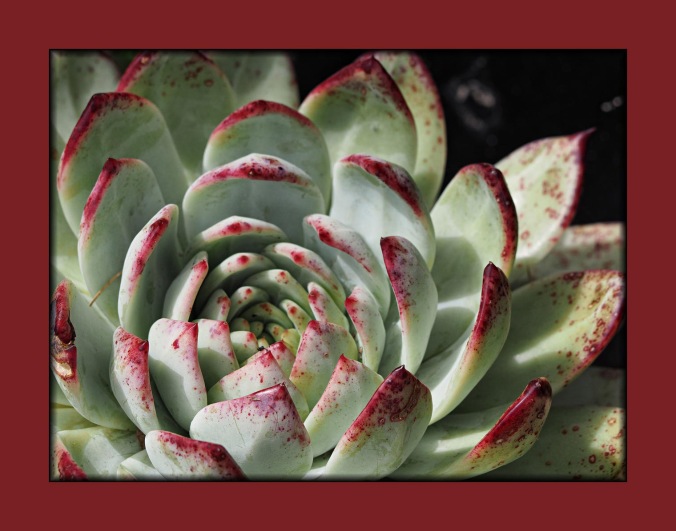 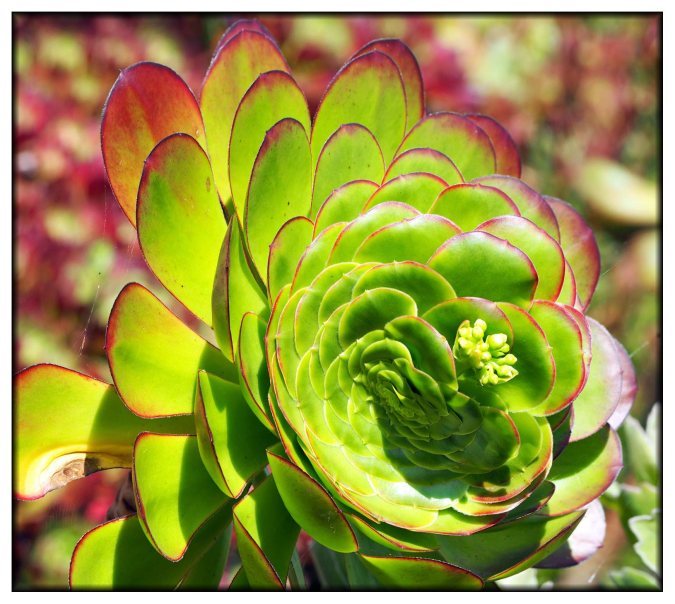 During September I want to see your favourite flowers.

Spiral Aloe (Aloe polyphylla) is a species in the genus Aloe that is endemic to the Kingdom of Lesotho in the Drakensberg mountains. It is well known for its strikingly symmetrical, five-pointed spiral growth habit. Wikipedia

I am very fond of succulents and by moving to Cornwall where frost and extreme cold is rare (crosses fingers) I hope to grow some of these architectural plants in my garden. 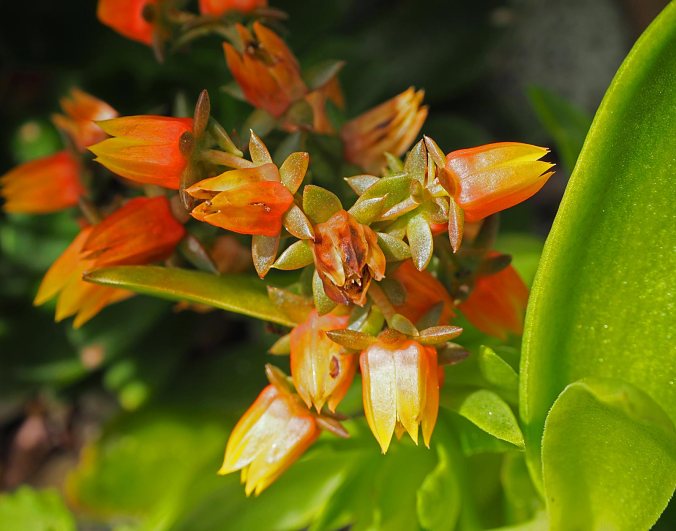 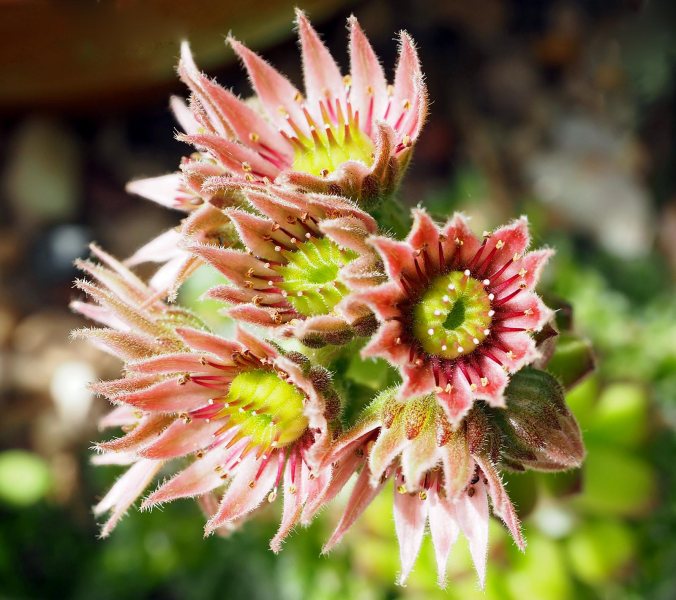 Sempervivum is a genus of about 40 species of flowering plants in the Crassulaceae family, commonly known as houseleeks. Other common names include liveforever and hen and chicks

The Minack Theatre was planned, built and financed by one extraordinary woman, Rowena Cade. The first performance took place in 1932, but things have vastly improved since those days, The theatre is built into the cliffside with steep steps and terracing. I’d love to see a performance there, but what took me to the Minack Theatre on the first Monday in June was the garden. Situated on the cliffs just south of one of Cornwall’s most loved beaches, Portcurno, the site also offers good views along the coastline.

While the cliff gardens you see today were planted since 1998 the actual planting reflects the choice Rowena made back in the ’20s and ’30s. The plants reflect the nature of the site, salt laden winds and many inches of rain in the winter followed by dry hot summers. The site is sheltered from the worst of the winds and enables the planting of Silver trees and Strelitzia from South Africa; Aeoniums from the Canaries; Geraniums from Madeira; Agaves from Mexico and Poppies from California. 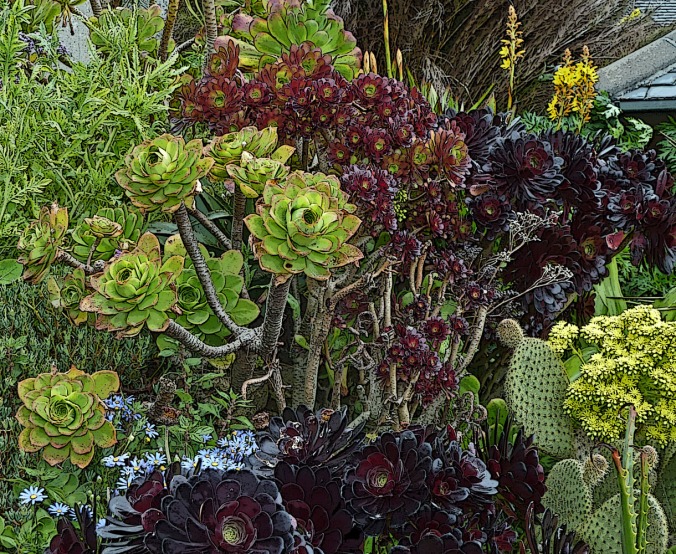 On the day of my visit it was very stormy, so much so I was concentrating mostly on keeping upright and not being blown over the edge and when the rain arrived I had to give up, but I hope you will enjoy seeing something of this incredible site. 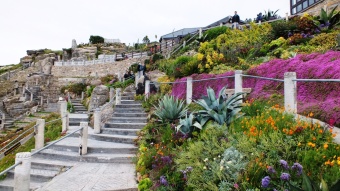 And this plant below I believe is the Poor Knight’s Lily that I saw after flowering, in Auckland, New Zealand before Christmas. How wonderful to see it in flower!

A second visit to the mount on an overcast day in June meant that most of the Gaillardia (Blanket flower) and the Osteospermum (African Daisy) daisy-like flowers were tightly closed, but the succulents were flowering and there were some noticeable changes to the garden since my visit at the end of April . There is plenty to grab your attention in June including lots of colour.

On entering the terraces the first thing you notice are the banks of bright pink flowers of Lampranthus haworthioides (header photo) and the tall spires of the pinky-purple echium that reach out over the cliff to the sea. Climbing the steep routes up the cliff bring you close to the flowering aloes, agaves and other succulents and in amongst these are the more unusual flowers such as Kangaroo Paw (normally associated with Australia) or leucadendron argenteum, the silver-leaf protea from South Africa. 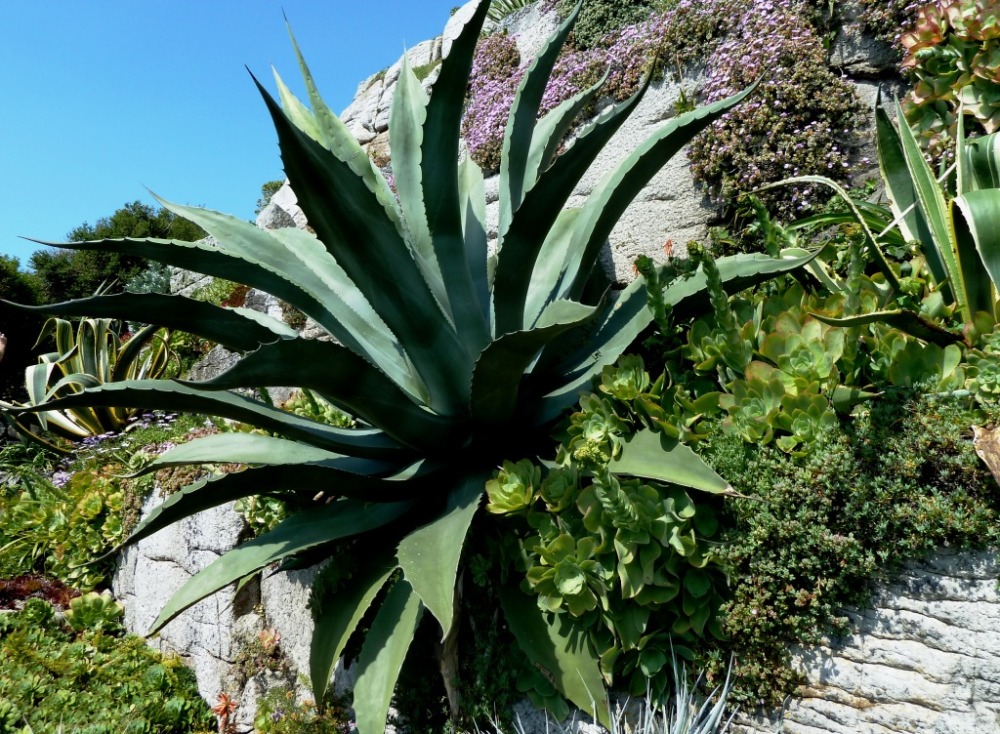 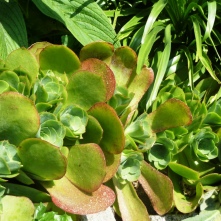 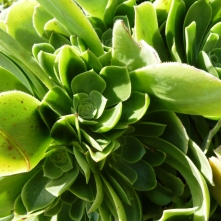 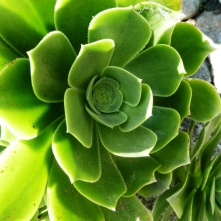 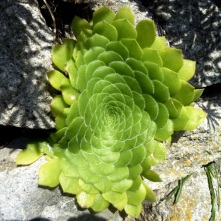 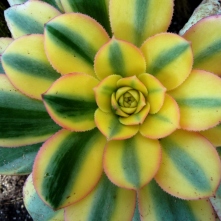 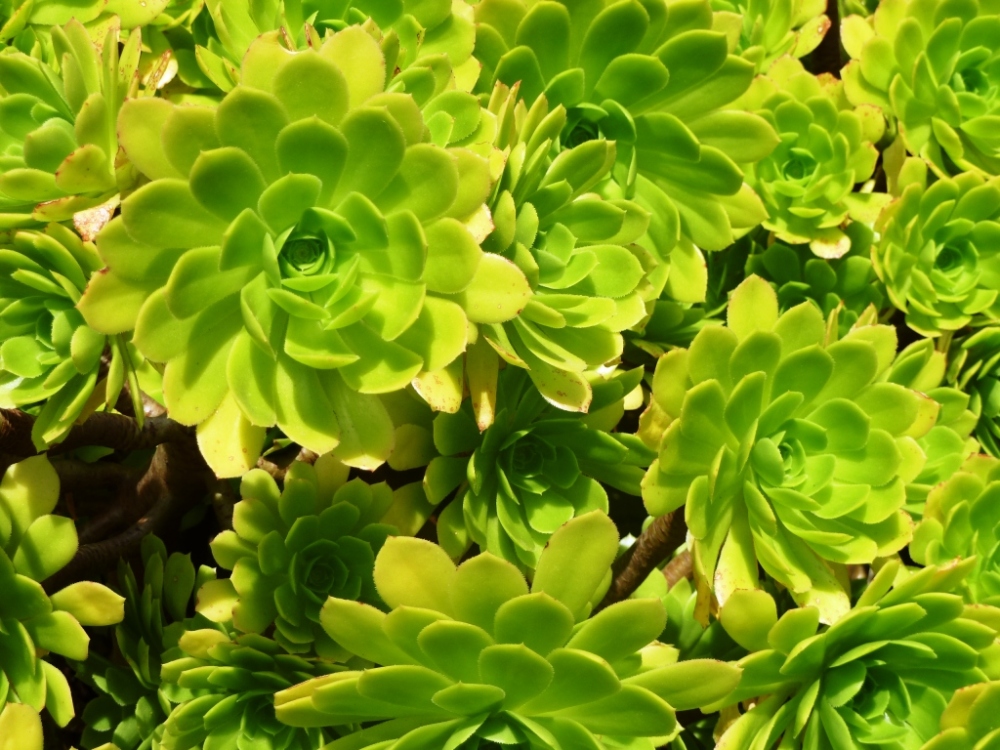 More of this spectacular garden can be found on my Garden Portrait.